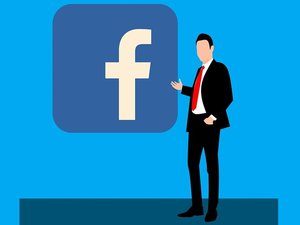 There are some big changes coming to Facebook, which may have some serious unintended consequences.

In a recent interview, Mark Zuckerberg indicated that he’s considering allowing users to independently appeal to the content moderation team if their posts get taken down for violating various community policies.

On the surface of it, this seems like it would be a good thing. Zuckerberg said that the move is designed to give people in the Facebook communities what they want, rather than reflecting short-term, profit-driven wishes of the shareholders.

It’s a significant change because as of right now, Facebook only allows for appeals if content was removed for violation of copyright laws. In addition, the appeal must be made via a DMCA (Digital Millennium Copyright Act) notification, which makes it a somewhat daunting process.

Zuckerberg describes the new approach as follows: “So maybe the folks at Facebook make the first decision based on the community standards that are outlined, and then people can get a second opinion.  You can imagine some sort of structure, almost like a Supreme Court, that is made up of independent folks who don’t work for Facebook, who ultimately make the final judgement call on what should be acceptable speech in a community that reflects the social norms and values of people all around the world….I think we can build that internally as a first step.”

All of that looks good on paper, but there are some major problems with this approach.

First,  the company will struggle to find enough volunteers to monitor content and appeals to keep pace with demand.  Given the size of Facebook’s footprint on the web, that’s a very real concern. The new, easier appeal policy is certain to cause the number of appeals to explode.

Second, if not done with great care and forethought, it could further polarize the platform. It could lead to the development of more estranged “information silos,” which runs counter to what the company ultimately wants its global network to be.  In addition to that, it could easily lead to a massive backlash against the company.

Time will tell, but the coming months should be interesting indeed.