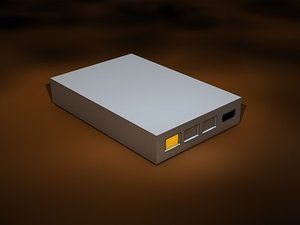 Good news for the business world in general, and the owners of data centers, in particular.

Mass storage is about to get vastly more efficient thanks to Samsung’s recently launched solid state drive, which manages to pack an impressive 8TB of storage into a delightfully small footprint, measuring just 11cm x 3.05cm.

When hyper-scaled, that means that enterprise server system could perform more than a million IOPS in a 2U rack space, and that translates into a significant ROI for large-scale data centers.

It gets even better.  Samsung is planning to release a 512 gigabit version of its 3-bit V-NAND SSD later this year, which will allow significant improvements in processing speeds for big data applications.

What we’re talking about here, ultimately, is storage and processing density.  The new SSD is built with 16 512GB NAND package, stacked in sixteen layers of 256 gigabit 3-bit V-NAND chips that were specifically engineered with massive SSDs in mind.

This allows data centers to triple total system density in the same footprint, and allows for a mind-boggling 576 terabytes of storage in 2U rack servers.

This is paradigm shifting and will make cloud-based service providers even more attractive. The most successful of these already have hyper-scale data centers in place, already have a wealth of experience when it comes to handling Very Large Data sets and experience dealing with applications designed to sift through those mountains of data.  Enterprise users, rejoice!