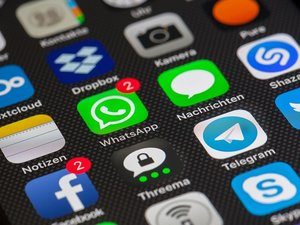 Last year, Apple had to fix a “special character” bug in their Message app that was more of an annoyance than anything.  This year, a new special character bug has been found, but this one is much more serious and could allow an attacker to crash your phone and block access to a variety of messaging apps.

The bug is specific to iOS 11, so if you’ve got an older version, you don’t have anything to worry about.  The company has already announced that it will be fixed in the upcoming release of iOS 11.3.

Unless you’re in the habit of getting messages in Telugu (Indian language), you’re not likely to see it, because the bug relies on one of the special characters utilized in that language pack.  Once you receive a message containing the special character, your phone will crash.  Even after you restore it, you’ll find that you’re not able to access iMessage, WhatsApp, Facebook Messenger, Gmail, or Outlook for iOS. Although if you use either Telegram or Skype, these appear to be unaffected.

Unfortunately, you don’t have a lot of control over who sends text messages to you, so until the patch is released this spring, there’s not much you can do except to be mindful that it could happen.

If you’re a long time user of Apple products, then you know that this is hardly the first time that strange things have caused the OS to crash.  Just last month, it was discovered that a properly formatted URL could cause a system crash.  In 2015, researchers discovered that a properly formatted text string could cause iMessage to crash. Just last year, a five-second video caused iPhones around the world to crash.  All that to say, keep an eye out for strange text messages, and definitely upgrade to iOS 11.3 as soon as you get the opportunity to do so.