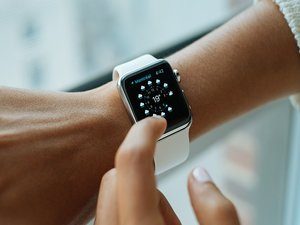 That smartwatch you’re wearing might save your life.  Literally.

A new study conducted by the University of California San Francisco, and a healthcare startup called Cardiogram revealed that smartwatches and other wearables were able to detect diabetes in previously diagnosed patients an impressive 85 percent of the time.

The study monitored health statistics of more than 14,000 smartwatch wearers (both Android and Apple) over the course of several months.  All health data that was collected was fed into a deep neural network which compared the collected data to samples taken from people both with, and without diabetes.

Obviously, while 85 percent is good, it falls short of greatness.  Then again, the AI routine (dubbed “DeepHeart”) is still in its infancy and is all but certain to continue improving over time.

That’s important, given how many people in America have diabetes.  It is estimated that there are more than 100 million Americans who either have the disease or who are prediabetic, and many of these haven’t been diagnosed yet.

Given these results, and in a bid to further improve DeepHeart’s accuracy, the company plans to incorporate the AI into the next update of its app on both iOS and Android platforms.

All that to say, if you currently have and wear a smartwatch or other wearable, it may help you in ways you can’t even begin to imagine.  This is the bleeding edge of a segment of the market that is only just beginning to emerge.  At this point, it’s so new that it would be difficult even to say it’s in its infancy.  Although we can’t know for certain what new revelations and advances wearable technology will bring to the medical field, based on what we’ve seen so far, we can say there will be a bunch of them, and they’ll all be exciting.

If you’ve been considering getting one but haven’t yet, this is a pretty solid reason to do so.