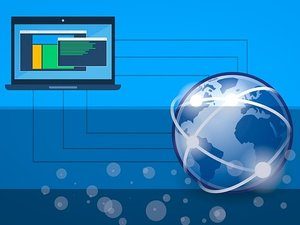 Gaming and Gambling are huge industries with a truly global footprint.  It’s no surprise then, that these industries have become an increasingly popular target for hackers.

Interestingly, according to the latest report issued by ThreatMatrix, the attack vector of choice when it comes to these industries is IP Spoofing. It has increased by a staggering 257 percent since this time last year, making it far and away the fastest growing attack vector in the gambling and gaming industry.

A spokesman for ThreatMatrix had this to say about the report:

“Rising cybercrime levels is no small issue for a sector that enjoys a truly global customer base.  With more than two billion gamers worldwide, nearly 60 percent of the industry’s traffic is cross-border.

Operators must contend with a rapidly evolving regulatory landscape and stringent new anti-money laundering laws, making the verification of the true location of a transacting gamer a vital component in authenticating identity.”

Note that at least some of the increase in IP spoofing stems from the gamers themselves, specifically in countries where certain gaming activities may be illegal.  Gamers who wish to participate anyway, in violation of their country’s laws, have to fake an IP address to make it appear that they are located in some other country.

Another key finding of the report is the fact that an increasing percentage of gamers and gamblers access sites primarily from their mobile devices.  Mobile access has increased by 45 percent between this year and last. As of now, fully 71 percent of gaming and gambling transactions are made on a mobile device, which is serving to make them an increasingly attractive target for hackers.

“To deal with these challenges, gaming and gambling operators must incorporate dynamic digital identity intelligence that pieces together key indicators such as device intelligence, true geolocation, online identity credentials and threat analysis to better inform risk decisions.  The key is to be able to effectively differentiate trusted users from fraudsters and understand changes in trusted user behavior without adding unnecessary friction.”