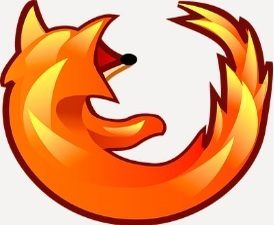 The new version of Firefox is out, and if you’ve moved away from the browser in recent years, it may be time to give it another look.

Dubbed “Quantum,” Firefox’s latest offering has been completely redesigned and has a lot to like, not the least of which is its raw speed. This latest version is twice as fast and now handily beats Google Chrome in speed tests, thanks in no small part to its next-gen CSS engine, and the fact that it is the first browser to fully utilize the power of multicore processors.

In addition to that, the revamped browser offers improved tracker blocking, built-in screenshot functionality and of particular interest, support for WebVR, which enables webmasters to take full advantage of the capabilities offered by virtual reality headsets.

You can get Mozilla’s latest offering from their website right now if you’re a PC user, though you’ll have to wait a bit if you’re on a smartphone. The latest release is scheduled to appear on the Google Play Store in a matter of days, but there is, as yet, no ETA on when it will be appearing in Apple’s App Store.

Speed is life in business, and if you’re looking to squeeze out a bit more efficiency and performance from the machines on your network, the new Firefox browser is definitely worth checking out. It’s only a matter of time before the other major players catch up, but until they do, Firefox’s Quantum browser looks to be the new reigning king of the hill and represents a big win for mobile users, given the power savings on offer. Kudos to Mozilla for an exceptional update!