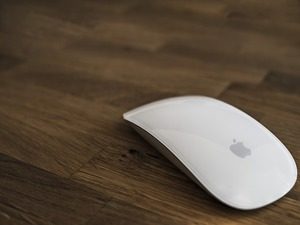 Apple has been quietly working on something called “Project Marzipan” for a couple of years now, and it appears that they’re getting closer to unveiling it.

The company seeks to bring its MacOS and iOS platforms closer together by developing universal apps that will work in either environment. This mirrors Microsoft’s Universal Windows app strategy, where apps can detect the environment they’re running on and adjust their display and navigation accordingly.

Project Marzipan presents some real challenges for Apple because MacOS programs use an entirely different set of development tools, although there is some overlap. The programming language called Swift, for example, can be used to make apps that run in either environment and if the company placed a greater emphasis on it, the process of creating their own universal apps would be greatly simplified.

The thinking behind Marzipan seems to be driven by the company’s desire to breathe new life into the Mac App Store, which hasn’t seen nearly the level of success as their iOS Store. The move would be a boon to developers because creating a common platform would allow Mac app developers to get their product in front of more potential customers.

Another potential reason is that the company may be planning to ultimately merge MacOS and iOS into a singular operating system that runs every Apple product. It’s a compelling theory, but the company has said nothing to confirm it.

In any event, if Apple goes ahead with Marzipan, and at this point, all indications are that they will, then we can expect a public announcement to that effect at next year’s World Wide Developer Conference. The first of the universal apps should appear not long after that, although the process of merging the two app stores and building out a robust collection of universal apps could take more than a year.