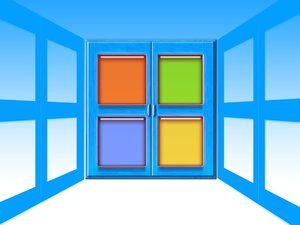 Microsoft is getting tough on so-called “registry cleaners”, and it’s about time.  The company recently announced a planned change to Windows Defender (the anti-malware program that comes standard with every Windows installation).  The change will see to the deletion of an increasing number of these registry cleaners.  It’s a great move, and the company deserves credit for it, but there’s a catch.  This type of software has been around for decades. So the move, as welcome as it is, comes very late in the game.

It’s overwhelmingly likely that you’ve seen these programs in action.  They’re usually free downloads (though there are a few web based services too) that scan your system to find problems with your registry that the software claims are causing performance issues and slowing your machine down.

There are two major problems with this:  First, the software tends to be light on details, refusing to provide much information about exactly why the “problems” that have been identified are impacting system performance.  Worse, the software often incorrectly identifies critical system files and registry entries as being problematic. So of course, when they are deleted, they actually create many more problems than they solve.

Second, in order to actually fix the problems that have been identified, you’ve got to buy the premium version of the package.  The result is that you’re losing money, and the software often breaks your system.  Not a pretty picture.

This latest move by Microsoft builds on action they took back in 2016, when the company started penalizing the makers of such registry cleaners if their software didn’t provide adequate information. This missing information included why the problems they found needed to be fixed in the first place, and if they utilized a high pressure up-sell technique.

Ultimately, those moves proved to be insufficient, so Microsoft decided to take things to the next level.  Now, they’re simply going to start deleting these no- or low-value programs.  Late or not, that’s one less headache for you, and a very good thing.