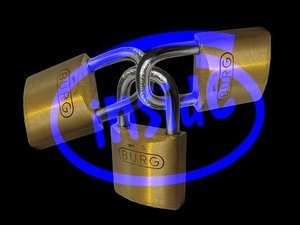 By now, you’ve almost certainly heard of “Spectre,” one of two recently discovered security flaws that impact every chip made by Intel in the last ten years.

The story of Spectre, and Intel’s response to it has been an interesting one.  In response to the flaw’s discovery, Intel rushed a firmware patch, but quickly had to take it back and recommend that users not install  it, because it created as many problems as it solved.

Intel has since released a better, more stable patch, but hasn’t stopped there.  The company recently revealed that it is introducing various hardware protections against Spectre-like vulnerabilities that may be detected in the future.

According to Intel’s CEO, Brian Krzanich, “(We have) redesigned parts of the processor to introduce new levels of protection through partitioning.  As we bring these new products to market, ensuring that they deliver the performance improvements people expect from us is critical.  Our goal is to offer not only the best performance, but also the best secure performance.”

While that is welcome news for people planning to make purchases in the near future, owners of existing Intel-powered equipment will still have to have to rely on firmware updates for Spectre protection. This unfortunately comes with the tradeoff of a hit to CPU performance.

In tandem with that update, the company also announced that as of now, they have firmware updates available for all of its products launched within the last five years.  This coupled with their recent partnership with Microsoft to help deliver Spectre updates to their legions of impacted customers should provide peace of mind, even with the expected hits to system performance.

Unfortunately, with new variants of Spectre and Meltdown being discovered on a regular basis, this is likely not the last we’ll hear about this issue.