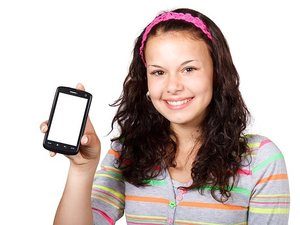 According to a recent survey conducted by Pew Research Center, 54 percent of teens say that they spend too much time on their cellphones.

Acknowledging you have a problem is the first, necessary step toward correcting it, and the survey reports that significant percentages of teens are taking steps to do just that.

Some other interesting and noteworthy statistics collected via the survey include the following:

72 percent of teens say that they often or sometimes check for messages and notifications first thing in the morning, just after waking up.

56 percent of teens report feeling lonely or anxious if they find themselves separated from their cherished phones.

36 percent of parents admit that they, like their teen children, spend too much time on their phones.

51 percent of teens report that their parents are distracted by their phones when teens try to have a conversation with them.

57 percent of parents say they set screen time restrictions for their teens in an attempt to limit phone use.

Smartphones are deeply embedded in our day to day activities, so these numbers are perhaps unsurprising.

What is both surprising and more than a little disturbing is the fact that a significant percentage of both teens and parents report that excessive cellphone use impacts their school and work performance, with 31 percent of teens admitting that their phone is a source of distraction that causes them to lose focus in school, and 39 percent of parents reporting that they lose focus at work for the same reason.

Unfortunately, while the statistics are illuminating, there are no easy solutions here.  There’s little evidence that self-imposed use limits are having an impact.