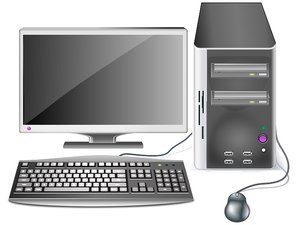 Researchers at Preempt Security recently discovered a critical flaw in Microsoft’s Credential Security Support Provider protocol (CredSSP for short) that impacts every version of Windows in existence. It could allow a hacker to remotely exploit Windows Remote Desktop to execute malicious code and steal any data stored on the machine.

The flaw, logged as CVE-2018-0886 would allow a hacker to execute a man in the middle attack, (provided that they had Wi-Fi or physical access to the machine) and steal authentication data via a Remote Procedure Call attack.

Yaron Zinar, a lead researcher at Preempt, had this to say about the flaw:

“An attacker which has stolen a session from a user with sufficient privileges could run different commands with local admin privileges.  This is especially critical in case of domain controllers, where most Remote Procedure Calls (DCE/RPC) are enabled by default.  This could leave enterprises vulnerable to a variety of threats from attackers including lateral movement and infection on critical servers or domain controllers.”

This is a big deal because Windows Desktop is hands-down the most popular means of performing remote logins. In addition, business of all shapes and sizes make regular use of RDP for a variety of purposes, making them vulnerable until the flaw is patched.

Microsoft released a fix for the issue as part of their March 2018 Patch Tuesday, but security professionals close to the issue warned that simply applying the patch is not enough to provide protection.  You’ll also need to instruct your staff to make a few configuration changes (explained in the documentation surrounding the issue), including limiting your use of privileged accounts as much as possible and use non-privileged accounts whenever possible.

The March 2018 patch release was a hefty one, and included patches for a number of products including Core ChakraCore, PowerShell, Microsoft Office, Windows (OS), and both the Edge browser and Internet Explorer.