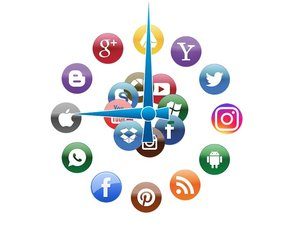 Facebook and Instagram are rolling out new tools designed to help manage how much time you’re spending on those two social media platforms.

On Facebook, the new feature is called “your time on Facebook,” and on Instagram, it’s called “Your Activity,” but both features do essentially the same thing.

They monitor and report on how much time you’re spending on the platform and can be fine-tuned by users to temporarily mute your push notifications.

The changes are being rolled out in an effort to address concerns that a number of groups are now raising. The concerns are about the addictive feedback loops built into social media apps. These feedback loops have been demonstrated to have a negative effect on the well being of users who get sucked in too deeply.

The new features will be rolled out to 99 percent of the users on each platform.  The company is withholding the new features from 1 percent to allow for comparative testing.

It remains to be seen whether these new features will have the desired effect.  Since they have to be manually activated, odds are that the impact will be minimal. For a certain subset of users who seem not to be able to control their social media addiction on their own, it might provide just enough of a boost to make a difference.

Even if that proves not to be the case, it’s clear that the company takes the matter seriously, so we can expect to see more from them on this front in the months ahead.