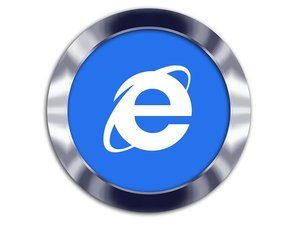 As most people know, Microsoft Edge was the company’s “reboot.”  After trying for years to patch and update their beleaguered Internet Explorer, Microsoft ultimately decided to scrap it and start fresh.  Since Edge’s launch, it has struggled to gain traction with users.

Recently, Microsoft has upped the ante, at least where Edge for iOS and Android devices are concerned.  A recent update sees the browser outfitted with a built-in ad blocker.  Prior to the update, if you wanted an ad blocking solution, you’d have to download and install it separately.  This move saves users a step, and gives you one less thing to think or worry about.

It’s a good move, but that alone is unlikely to give Edge the surge in popularity it needs to catch up with other browsers.

To provide some perspective, currently, Microsoft Edge is installed on about five million Android devices, based on stats from the Google Play Store.  Contrast that with 100 million installs of Mozilla’s Firefox, and more than a billion Chrome installations.

Those are sobering numbers that underscore just how much ground Edge needs to cover to even be playing in the same league as other popular web browsers on mobile devices.  While we don’t have statistics for installs from the Apple Store, it’s hard to imagine that they’d be any better, and, are probably a fair bit lower.

That’s not to say that Microsoft’s move wasn’t good, because it definitely was.  Anything that a company can do to cut down the number of unwanted, annoying, and potentially dangerous ads is a very good thing. Odds are that the company’s recently move will be copied by the major players in the browser world.  Even if it doesn’t boost Edge’s numbers much, that’s a win for anybody who uses the internet.  Kudos to Microsoft for making the change.