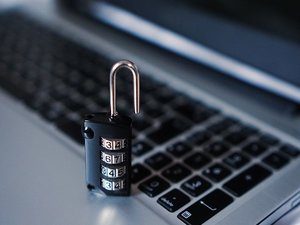 Image theft is one of the biggest problems on the internet.  If you’re a photographer, you’ve almost certainly lost money because people find your work online and make a copy of it rather than paying for the right to use it.

Unfortunately, Google has made that incredibly easy to do, but that’s changing.  Until recently, if you did a Google image search, you’d get a list of images that matched your search phrase, and one of the buttons displayed was a “View Image” button that would take you to the image file itself, as opposed to viewing the image in the context of whatever web page it was displayed on.

This, of course, made stealing the image a trivial task.  Content providers have been complaining loudly, and Google listened.  Effective February 15, the “View Image” button is no longer listed.  Of course, it’s still possible to steal the image in question, but users will have to jump through at least a couple more hoops to do so.

A second, smaller and somewhat less impactful change is the fact that Google has also removed the “Search By Image” button that formerly appeared when you navigated straight to an image file.  Savvy users will still be able to drag the image itself to the search bar and accomplish the same thing, but relatively few people are aware of this, which will cut down on its use significantly.  The thinking here is that netizins were making use of this feature to find copies of images that didn’t have a watermark visible.

While these two changes give photographers reason to cheer, it definitely negatively impacts the user experience, as there are a number of perfectly legitimate uses for copyrighted image material.  The bottom line is that if you’re accustomed to the old way of searching for and acquiring images, you’ll have a bit of an adjustment period ahead.