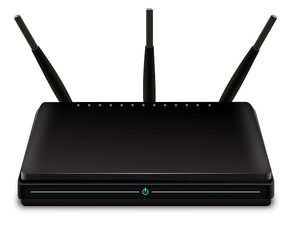 After more than two decades in the business, Apple is officially going to stop selling routers.  The writing has been on the wall for a while now, since the company’s “AirPort” family of products hasn’t received a significant update in more than five years.

When Apple first introduced its AirPort product line, wireless computing was still something of a rarity, and Apple’s offerings were ahead of their time.  In the years between then and now though, the market has changed significantly.  Unfortunately, Apple’s product line never really changed with it.

These days the competition is fierce with industry giants like Google and Linksys both offering great options for power users. With the rise of mesh networks, the AirPort product line has fallen increasingly behind the times.

The company announced that it would sell its existing AirPort product inventory and support its current user base for the time being, but after that, it would quietly fade away.  The company has simply moved on and has redirected its efforts toward other initiatives.

In looking at the broader market, it’s not a huge blow. Of course, if you own and use an AirPort product, now is the time to begin casting about for alternatives.  The clock is ticking, and once Apple sheds its existing inventory, we can expect to get an end of support date from them. This will leave any AirPort products still in operation at that point increasingly vulnerable to a variety of hacks.

Even so, given how ubiquitous wireless networking is these days, and how many powerful options are out there, finding a replacement for your AirPort product shouldn’t present too much of a challenge.  Just make sure your IT staff knows that the end is nigh, so they can get a replacement in place before the clock runs out.