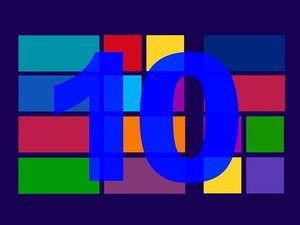 Windows 10 is far and away the fastest growing version of the OS in the company’s history.  It recently hit an installation base of a staggering 700 million devices after about three years on the market.

Note that these installation figures include installs not just on PCs, but also on Surface Hubs, Xbox, HoloLenses and smartphones.

Unfortunately, as impressive as that number is, it falls well short of Microsoft’s original estimate of a billion installs in three years.

The smaller than expected number of smartphone installations is the key reason behind the shortfall.   Initially, the company had envisioned these devices adding several hundred million installations to the total count. However, when Microsoft switched gears and decided to abandon the smartphone market, it was inevitable that they would fall well short of their original target.

It matters because part of Microsoft’s pitch to developers was the massive (projected) size of the Windows 10 market.  Now that the official numbers are in, and the final count is some 30 percent lower than anticipated, part of that appeal is understandably gone.

Even so, a market made up of 700 million devices is certainly nothing to sneeze at and developers are heavily invested in the platform, so it would make little sense for them to abandon it now.  Not to mention the fact that the number of installations is expected to continue to grow at a healthy clip for the foreseeable future.

Inside the Windows ecosystem, 43 percent of Windows PCs are currently running Windows 10, with another 45 percent still running Windows 7.  Given that support has officially ended for Windows 7, it’s all but guaranteed that Windows 10 will ultimately reach one billion installations. It will probably  reach a bit more than that as users continue to slowly migrate away from Windows 7.

At the end of the day then, although Microsoft’s time frame was a bit too aggressive, it looks like they’re going to hit the magic number.