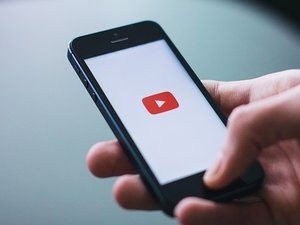 The owners of Android devices have been able to properly view vertical videos for more than two years, but for Apple users, it was a different story.

Instead of getting the traditional full-screen experience when viewing vertical videos, Apple users were saddled with annoying vertical bars that would appear on either side of the video itself.  It’s a small thing, but undeniably annoying. Now, at long last, the problem has been solved and now Apple users can enjoy the same vertical, full-screen experience as the rest of us.

“Bye-bye, black bars.  Now the YouTube player on iOS will automatically adapt to the shape of the video you’re viewing!”

It matters because smartphones were designed to be held in that position, so it’s the natural way to interact with the device, no matter what you’re doing with it, including watching videos.

There’s one caveat, however:  A surprising number of vertical videos won’t go full screen because they’ve actually been encoded with black bars on the sides, which technically makes them landscape vids that are only mimicking the appearance of a vertical video.

Why it took the company so long to update the Apple version of their app with this functionality, no one knows, but it’s not hard to hazard a few guesses.  In any event, it’s not something that’s likely to have a major impact on your life, but it is a welcome change and we were happy to see it.