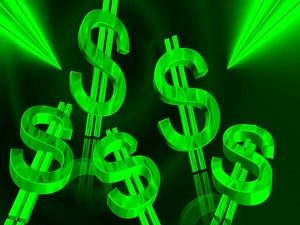 The problem was viewed as so serious that Equifax’s CEO stepped down and congressional hearings were launched, but then, a funny thing happened. Equifax got awarded a no-bid government contract worth millions ($7.25 million, to be exact) to help the IRS verify taxpayer identities in order to prevent fraud.

One might wonder how this happened, especially since the company recently got raked over the coals for profiting from the very hack they tried to prevent. During the congressional hearing on the matter, Senator Elizabeth Warren pointed out that Equifax stood to make millions by selling credit monitoring services to the very customers whose data they were supposed to be protecting, so it’s a fair question.

The answer lies in the fact that the IRS regards this service as being critical, and one that cannot stand interruption of any kind. Based on their research, they have concluded that Equifax is the only company capable of providing it.

That conclusion seems strange, given that there are, in fact, two other similar credit reporting agencies, but in any case, the contract was awarded to Equifax in spite of their recent troubles.

The move is understandably raising eyebrows in various sectors, with government watchdog groups and privacy advocates both crying foul.

Unfortunately, in the immediacy, there’s little to be done. This is a case where the wheels of government just don’t turn quickly enough to keep pace with current events. Until another company can be approved to get the job done, Equifax is the only game in town, as far as the government is concerned. Needless to say, this is not exactly what one would call confidence-inspiring.