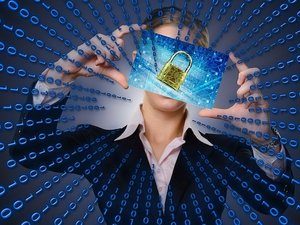 How seriously does the average consumer take data theft?  It’s an interesting (and fair) question, and one that Radware recently attempted to answer when the company sent out surveys. They contacted more than three thousand people to conduct its recent survey titled “Consumer Sentiments: Cybersecurity, Personal Data and the Impact on Customer Loyalty.”

As it turns out, today’s consumers take the matter even more seriously than many other types of crimes.

Here are some of the highlights from the recent report:

The theft of a personal wallet ranked a distant, with just 23 percent of respondents placing it as their top concern

10 percent of respondents listed auto theft as their primary concern

Anna Convery-Pelletier, Radware’s Chief Marketing Officer, had this to say about the report:

“It’s no surprise that data theft ranks so high in the minds of Americans as a major risk.  It’s easy to buy a new car or a new cell phone, but having private data exposed can have permanent consequences for both the consumer and the brand where the breach occurred.  When an organization does not properly secure its network, it is putting its brand reputation in jeopardy and risking its customer base.”

While that’s true, some of the results are curious.  After all, the theft of a cell phone ranks quite low in terms of top concerns, but cellphones contain a treasure trove of personal data, which points to an odd disconnect in the survey results.

Additionally, while 54 percent of survey respondents said that having their social security number stolen was a major concern, only 18 percent said they were worried about having their banking information stolen, and only 9 percent listed the theft of healthcare information as a big issue.

In the end then, the survey raises at least as many questions as it answers, but it does shine a much needed light on a fascinating topic.  Clearly, more study and education is needed.