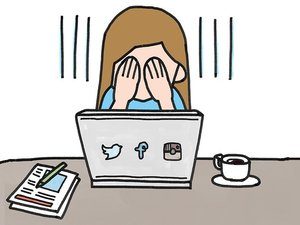 Facebook is in hot water again.  Recently, the company admitted that while testing a new feature on the site, they inadvertently made public the posts of more than fourteen million users.  The incident occurred between May 18th and May 22nd and occurred when Facebook was testing a new “Featured Posts” enhancement.

The goal was that users could selectively make posts visible to everyone.  Unfortunately, the error created a situation where any posts users in the test group made were automatically shared to everyone.  The company found and corrected the mistake on May 27th, but during the intervening span of days, any posts those users made were set to global visibility.  Facebook is currently in the process of contacting the impacted users and asking them to review any posts they made during the impact period.

Chief Privacy Officer Erin Egan had this to say: “To be clear, this bug did not impact anything people had posted before – and they could still choose their audience just as they always have.  We’d like to apologize for this mistake.”

Unfortunately, this is not the first time in the recent past that Facebook has gotten into hot water over the mishandling of user data.  Earlier this year, Facebook CEO Mark Zuckerberg had to testify before Congress when it came to light that the company acknowledged they had improperly shared private information pertaining to tens of millions of its users with Cambridge Analytica, which used the information in an attempt to influence the most recent presidential election.

Even if you’re not a member of the test group, if you use Facebook and made any posts between May 18th and May 27th when the company fixed the bug, it pays to review your posts just to make sure that their visibility has been properly set.