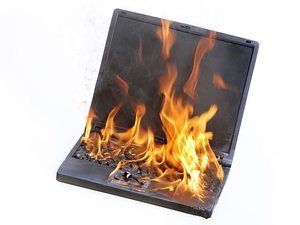 The US Consumer Product Safety Commission has been made aware of eight instances where HP battery packs overheated, charred, or melted, creating a worrisome fire hazard that has gotten the attention of user groups scattered all over the internet.

It also got the attention of HP itself, and the company recently announced “a worldwide voluntary safety recall and replacement program” for laptops shipped during the timeframe mentioned above.

If you own one of the following models, you may be impacted:

Or the HP 11 Notebook PC

You can visit HP’s website and download a tool you can use to test your laptop to see if it has one of the defective battery packs.  A BIOS update is also available that will safely and completely discharge the battery. Although of course, until you get a replacement, you’ll only be able to power your laptop via the AC power supply.

According to the company, “Many of these batteries are internal to the system, which means they are not customer replaceable.  HP is providing battery replacement services by an authorized technician at no cost.”

While it’s a nice gesture, it would be even better if the company hadn’t shipped the defective batteries in the first place and caused a major inconvenience to its customers.  This most recent recall comes on the heels of another one less than a year ago, in which the company recalled more than 100,000 similarly defective laptops at the end of January, 2017.