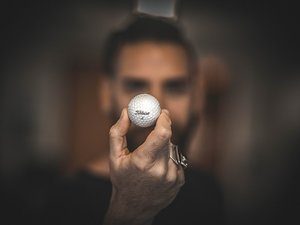 These days, we expect giant corporations, government agencies and medical facilities to be the targets of hackers. However, golf is something new.

According to a recent report from GolfWeek, the PGA’s offices have been hacked and infected with what appears to be the “BitPaymer” ransomware. That’s the same strain that recently hit the town of Matanuska-Susitna, in Alaska, forcing city officials to resort to the use of typewriters for a week until they got their system back.

The interesting thing about this is the fact that BitPaymer isn’t a new ransomware strain.  It’s actually been in the wild for quite some time. Until very recently, it’s kept a low profile and hasn’t been widely used.

That appears to be changing.  While the recent spike in BitPaymer infections can’t be called a serious trend on the web as a whole, it is true that the ransomware is suddenly getting a surge of attention from hackers.

One of its hallmarks is the fact that the people using it tend to demand much higher ransom amounts than average to decrypt files locked by the malicious software.  Unfortunately for those affected by it, BitPaymer is quite secure, so victims have no choice but to pay up or restore their files from their most recent backup.

This represents a disturbing event on two fronts.  First, it seems that no target is safe from hacking, not even something as innocuous as golf.  Second, if the current trend continues, (and there’s no reason to think that it won’t), we’re going to be hearing more about BitPaymer attacks in the weeks and months ahead.

As ever, vigilance is the best defense.  Make sure your IT staff is aware of this latest threat to system security. It may be time for another round of email education for all employees, to stress the importance of not opening messages from unknown parties and being wary of downloading files or clicking links unless the sender’s identity can be confirmed.