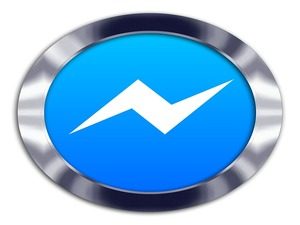 On the surface, the new Facebook For Kids messenger app looks like a solid win that should put the minds of parents all over the world at ease.

The company conducted extensive interviews and assembled a Blue-Ribbon panel of experts to help them craft the new tool, aimed at children ages 6-12. The app itself is user-friendly and filled with bright, cheerful primary colors that appeal to kids, but there are problems, or, at the very least, valid concerns.

For one thing, Facebook has made no mention of how it plans to monetize its new app, other than to say that it won’t contain any advertising. It’s not difficult to imagine some possibilities, however, and none of them good.

For another, the company essentially used scare tactics to get parents to sign their kids up for the service, saying essentially that kids are going to chat online anyway, and if they don’t use Facebook’s new offering, they are at greater risk of talking to a child predator.

Then, there’s the issue that Facebook requires the child’s full name, and behind the scenes, the app is busily mapping out the child’s social network – who his parents are, the friends of both the children and their parents and so on.

According to the company, it has no plans to turn children’s accounts into full-fledged Facebook profiles, but given the amount of data being collected, it’s not hard to imagine them offering a one-click export function that would turn these accounts into regular Facebook accounts on the day the child turns 13.

What’s most disheartening of all is the fact that the company could have chosen another, far less intrusive route. Rather than requiring the child’s full name and the establishment of a familial relationship, the app could have been nested directly under the parent’s account, with a nickname or even a colorful symbol used to denote the child. This approach would have been far fewer data intensive and far less intrusive.

How well the new app will be received remains to be seen, much like the long-term consequences of its launch.