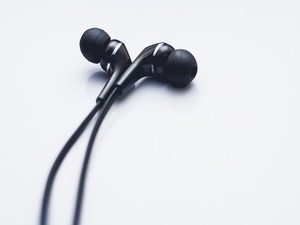 Google Labs has produced some amazing ideas. Some of them have found their way to the market, and many others have not. The one thing they have in common, though, is that they’re all intriguing and exciting.

If you’ve ever read “The Hitchhiker’s Guide To The Galaxy,” then you know the term “Bable Fish.” If you grew up watching Star Trek, then you know all about the Universal Translator. Well, Google has built the version 1.0 of that very device.

The new earbuds are able to translate forty different languages in something close to real time. Close enough, in any case, to be useful in day to day conversation.

Obviously, there are some glitches and limitations at this point, just as there were in the first smartphones and computers, but the fact that this new technology exists at all, in any form, is nothing short of amazing.

The potential applications are limitless, and the number will only grow as the technology matures. We can see the possibility of seamless global communications that cut across language barriers. It boggles the mind.

If you do business with vendors all over the globe, imagine how much simpler this is going to make your life. As mentioned, it’s a given that early adopters will face certain limitations and no doubt chafe under the shortcomings of the early versions of the device, but that’s been true of just about every invention we’ve ever seen enter the marketplace.

Consider speech-to-text technology, for example. The early versions were quite buggy and you could count yourself lucky if they successfully interpreted 40 percent of your words, translating them into text. These days, that percentage is closer to 98.

The best way to help this new product succeed is to jump in and start using it, bugs, flaws, shortcomings and all. Kudos to Google Labs!