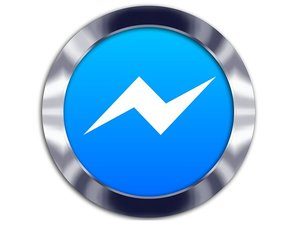 It’s no secret that there are legions of scammers and spammers haunting the virtual halls of Facebook.  As the world’s largest and most influential social networking site, it’s a natural target, making its masses of users natural targets, too.

Facebook is taking steps to counter the threat posed by these nefarious actors, after being somewhat slow to act initially.

This resulted in a series of Congressional hearings that saw CEO Zuckerberg in the hot seat earlier this year.

While the company has already taken many steps to help bolster the privacy and online safety of their users, their latest announcement is a much larger and more significant step in that direction.  The company is currently testing a new feature embedded in Messenger. This is a feature that would identify suspicious accounts sending unwanted messages by informing the recipient of the account’s country of origin via phone number, and listing the date that the account was created.

In its simplest form, this approach has obvious advantages that will help reduce phishing and spam-oriented messages, but based on the screenshots the company published to highlight the new feature in action, it could also be used to detect and identify messages sent by agents whose intentions are to spread misinformation.  For instance, users will be notified if they receive a message from an account that is tied to a Russian phone number.

The company is still reeling from the aftermath of Russia’s massive misinformation campaign, which used several social media channels, (but had a heavy presence on Facebook) in an effort to influence the outcome of the 2016 presidential election.  To this day, the company is still actively suspending accounts linked to the Internet Research Agency, which is a propaganda outfit with direct ties to the Kremlin.

Whether you agree or disagree that Russia influenced (or attempted to influence) the presidential election, this is a very good move.  Misinformation is a cancer.  Anything we can do to stop its spread has to be counted as a good thing.