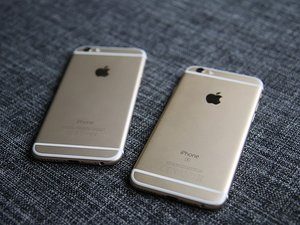 There’s a lot to talk about in Apple’s latest update to iOS.  Version 11.3 boasts some significant changes and is well worth getting.  We’ll go over the highlights below.

Battery management is the biggest and most significant change.  Last year, the company found itself in hot water when they began quietly throttling older phones and slowing down their performance because older phones have batteries that begin to degrade.  In the absence of throttling, it’s entirely possible that a user’s phone will simply shut down when it attempts to run a process that requires more power than the aging battery can provide.

Despite the company’s good intentions, their decision to throttle older phones met with serious backlash from their normally adoring customer base, and the company has changed their approach in 11.3.  Now, throttling is optional and under user control if you have an iPhone 6, 6S/6S Plus, 7, or 7 Plus SE. However, all users, regardless of model now have access to a new battery health screen so they can keep tabs on the condition of their battery and make good decisions about if and when to replace.

Another significant change is the addition of a new Health Records section, which allows users to get easy access to their medical records if their doctor also utilizes the app.

On the business side, the 11.3 update comes with Business Chat, which allows select businesses to communicate with customers directly in the iMessage app, rather than via social media or email.  While there aren’t a lot of companies taking advantage of this feature yet, you can bet that in coming weeks, you’ll see a slew of big names signing up to take advantage of the service.

There is a raft of other, smaller features in 11.3, but even if there weren’t, the “Big Three” mentioned here would make the update well worth getting.  Kudos to Apple!