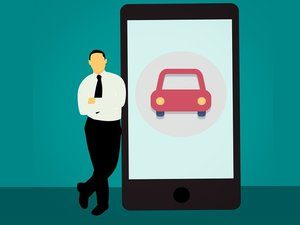 Google scored a major coup in the auto industry. They just inked a deal that will put the Android OS in every car made by the global auto alliance Renault-Nissan-Mitsubishi. It sold a staggering 10.6 million vehicles around the world last year.

The tech giant has struggled to get its foot in the door, primarily because auto makers have been hesitating on handing over the keys to their Infotainment and other computerized systems, in fear of being shut out of the data collected by those systems.

It’s a fair complaint and a valid concern, but Google has been working hard to build trust in the auto world and has taken a variety of approaches.

Their first move was to build an OS called “Android Auto” which mirrors the functionality of the Android OS but offers scaled down functionality which means it falls well short of “Android running on a car.”

Having gained some ground with that approach, they next introduced Android Automotive, which is essentially the entire Android OS, geared specifically for vehicular use.  They showed off their work last year at the 2018 I/O Tech conference, and their persistence paid off.

It’s a big win on all fronts.  The automakers win by retaining access to their data, while handing off the software function to a company with a long history of getting it right.

Google wins because it expands the Android ecosystem in a whole new way. Consumers win because it offers a seamless (and improved) user experience and makes it easier for an auto owner to sync their Android device to their car.

Google also wins because they get access to all the data generated by the in-auto OS after gaining permission from the user.  Plus, having scored a partnership with one major auto alliance, others will surely follow, which will further expand the tech giant’s footprint.