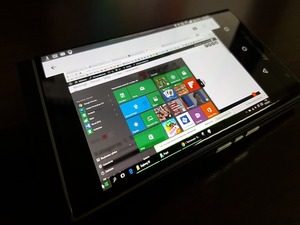 When Microsoft first released Windows 10, the company boasted that it would try to get its new OS running on a billion devices by 2018.

Time and circumstance have conspired to make that lofty goal unlikely, and the company has since retreated from it. However, according to statistics released at a recent shareholder’s meeting, there are now more than 600 million devices utilizing it, including PCs, tablets, HoloLens headsets, Surface Hubs and Xbox One consoles.

It’s an impressive number, but two things contributed to dramatically slowing the overall rate of adoption.

First and foremost, the company recently ended its free Windows 10 upgrade offer, which had been the driving force behind the rapid adoption since the initial release of the OS. Secondly, Microsoft gave up on the Windows Phone, making it unlikely in the extreme that smartphones will ever contribute in any significant way to the total number of installed devices.

Earlier this year, Microsoft found itself in hot water when it was discovered that the company was quietly pushing the new OS onto Windows 7 and Windows 8 machines. This move ate up a whopping six gigabytes of hard disk space and drew a considerable amount of fire from a variety of user and industry groups.

Some of the other tactics used by the company have also been found to be overly aggressive, and in some cases, downright coercive. The worst of these have since been abandoned, but not before considerable damage had been done to the company’s image.

As things stand now, Windows 10 is the second most widely used desktop OS, behind only Windows 7, which has a market share of 52.37 percent according to the latest statistics by Netmarketshare. Even if Microsoft never quite reaches its initial 1 billion-device goal, 600 million devices are nothing to sneeze at.