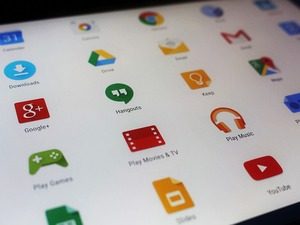 How many apps do you have on your smartphone? Do you know how much data they’re collecting about you?

Most people have scores of apps installed (and often hundreds), even if they only use a few on a regular basis, and shockingly, most users have no idea just how much information those apps are collecting about them.

However much you imagine, the answer is probably “more.”

This point was driven home painfully, courtesy of a recent discovery by a team of researchers at the Kromtech Security Center. They found a completely insecure database online, a staggering 577GB in size, owned by an Israeli-based startup called AI.type, makers of a virtual keyboard app bearing the same name.

The information it contained is simply mind-boggling.

Not only does it contain personal information on 31 million of the app’s 40 million users, but the database contents reveal just how intrusive AI.type actually is. The data includes:

What OS version the user is using (AI.type is only available to Android users)

Each user’s nation of residence, mobile network name and what languages each user has enabled

Each user’s device name, the make, and model of their smartphone and screen resolution

As If that wasn’t enough, the research team also discovered that each user’s contact list had been scraped (including names, email addresses, and phone numbers), and that the company was tracking a whole range of internet behaviors, including Google search queries, number of messages sent per day, the average length of those messages and more.

Obviously, there’s no reason that a simple keyboard app needs this level of information on its users. The only possible explanation is that it’s being collected for resale. If you use the app, be aware that the company knows almost everything about you and everyone you’ve been in contact with on your phone, and now, so do a lot of other people who don’t have your best interests at heart.