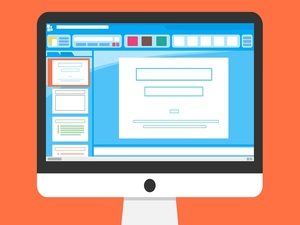 When an operating system reaches the end of its supported life, such as Windows XP, NT and Vista have, it’s big news. It makes headlines. When other forms of software reach the end of the line, there’s just not as much fanfare. It’s not that it’s not important; it’s just not something people think or care very much about.

They probably should, at least according to a recently released survey by Spiceworks, which revealed statistics that were both shocking and dismaying. Here are a few of the highlights:

• Fully 68 percent of businesses surveyed are still running instances of Office 2007, in spite of the fact that the software stopped receiving security updates in October

Of particular interest was the fact that most of the firms running outdated software are mid-sized companies employing between 100 and 1000 people. Large companies have the resources to keep their software up to date and smaller firms, recognizing their lack of resources, have readily moved to embrace Office 365, which is always up to date, and thus, saves them money and headaches.

Those firms stuck in the middle, though, and possibly your own company, find themselves in a tricky position. They’ve invested heavily in productivity tools, they found themselves in the unenviable position of not having the resources to keep them fully updated, and of course, are reluctant to lose their investment by switching to Office 365.

It’s undeniably a balancing act, but the reality is that if your company is using outdated productivity tools, your risks of a breach are higher than they should be. It’s something that’s too important to gloss over or delay. If you’re using an outdated version of Office or other productivity tools, find a way out of that box as soon as is feasible. Your data security staff will thank you for it, and it’ll give you peace of mind.