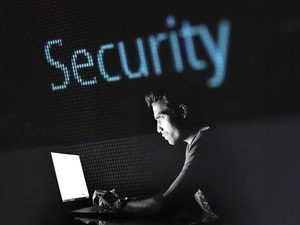 The world’s hackers have been busy according to the latest report by Comodo security, which tracks the total number of threats around the globe, quarter by quarter. The latest statistics are alarming, showing a massive jump in the total number of malware infections reported in the third quarter of 2017. Reports show nearly 400 million infections.

What’s worse is that the infections have spread to literally every corner of the globe. No nation is completely safe.

Digging more deeply into the statistics offered by Comodo, we find that the top five countries for malware infections this quarter were:

These five nations combined accounted for fully 80 percent of the total number of infections reported.

Breaking the infections down by type, we find the following as the top 5:

Diving even more deeply into the statistics yields more good information, including the fact that poorer nations tend to be afflicted more often by viruses and worms as these nations tend to use the older, unpatched or unlicensed software. These types of infections tend to run rampant in Southeast Asia, Southeastern Europe, Africa and South America.

The report also details that the number of large-scale email phishing attacks is on the rise, due in no small part to the recent popularity of Locky and other strains of ransomware, with the largest phishing attack having been conducted from August to September 2017. According to the report:

“This attack was unique in its combination of sophistication and size, backed by a botnet spread across more than 11,000 IP addresses in 133 countries in just the first stage of the attack. Also, the malware was designed to avoid detection by sandboxing and artificial intelligence technologies common in many endpoint protection systems.”

All in all, it’s a fascinating, though disturbing read, and points to the rapidly increasing sophistication of the world’s hackers that will no doubt continue to spell trouble for security professionals around the globe.