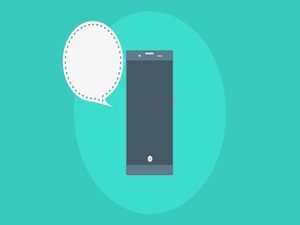 Do you have an Android phone? Is it running either Lolipop, Marshmallow or Nougat? Those three account for slightly more than 75 percent of the Android phones in service today, so odds are excellent that you do. If so, you should be aware of a nasty vulnerability that could allow a hacker to perform at-will screen captures and audio recording without your knowledge.

The issue resides within Android’s MediaProjection service, which has been a part of the OS since its earliest days. The reason that it has only recently become an issue, though, is that prior to the release of Android Lolipop (version 5.0), third-party apps couldn’t make use of it. It required both root-level access and the app in question had to be signed with the device’s release keys, which meant that only system-level apps deployed by Android OEMs could utilize MediaProjection.

That changed with the release of Lolipop, which opened the service up so that anyone could use it.  Unfortunately, when Google relaxed access to the service, they didn’t put it behind a permission that apps could require from users. All a third-party developer needs to do to access MediaProjection is to make an “intent call” that would show a System UI popup, warning users that an app wanted to capture the screen and/or system audio.

Here’s the problem, though. Security researchers discovered that an attacker could detect when the system popup would appear, and knowing that piece of information, they could trigger some other message to appear on top of it, effectively blinding the phone’s owner to the fact that screen captures and audio recordings were in process.

Since the discovery of the security flaw, Google has released a patch that addresses it. Unfortunately, the patch only applies to Android Oreo (8.0). Older phones are still vulnerable.

If there’s one saving grace, it is the fact that the attack is not completely stealthy, and observant users will note the screencast icon in the phone’s notification bar. It’s far from perfect protection, but it’s something, so be aware if you’ve got an older Android phone.