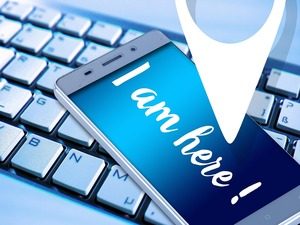 Google recently found itself in a bit of hot water after an investigation by Quartz revealed that the company was intrusively collecting location data on literally every Android device in use today. That’s billions of devices all over the globe.

There are many instances when there’s an expectation that location data can and will be tracked. In fact, one of the most commonly used features of smartphones in general (GPS and directions) demands it.  After all, Google Maps can’t tell you how to get where you’re going if it doesn’t know where you are, to begin with, so that’s all fine and good.

The problem, as revealed by the recent investigation, is that for all of 2017, Google was collecting location data on every Android device. This was happening even if the user took a series of frankly heroic measures in an effort to prevent it, including turning off location services, not allowing any apps to track their location and even pulling their SIM card from the phone.

The practice, as Quartz rightly pointed out, goes far beyond any reasonable expectation of consumer privacy and is wildly intrusive.

When Quartz made inquiries of Google regarding the matter, part of the official company response, sent via email, was as follows:

“In January of this year, we began looking into using Cell ID codes as an additional signal to further improve the speed and performance of message delivers. However, we never incorporated Cell ID into our network sync system, so that the data was immediately discarded, and we updated it to no longer request Cell ID.”

In recent years, all the major tech companies have come under fire for the vast amounts of data they collect on consumers of their products. Although Google made it clear that they were formally ending the practice, the current climate makes their intrusive data collection effort (which, again, went completely undetected for the better part of a year) even more disturbing, especially given the lengths the company has gone to in an effort to position themselves as champions of user privacy.