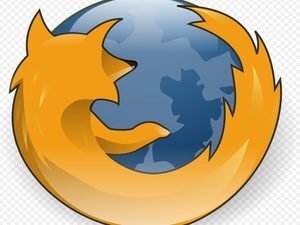 Microsoft stopped supporting Windows XP and Vista quite some time ago., Butbut so far, Firefox has been hanging tough, continuing to provide updates to their browser’s users on both platforms, doing at least something to extend their useful life a bit longer.

Originally, Mozilla planned to discontinue support to both XP and Vista in December 2016. That date came and went, and the company announced that they’d provide a revised date for ending their support no later than September 2017. They’ve now settled on a final date, and odds are that the two platforms won’t get another extension beyond this.

If you’re still using either XP or Vista, it’s well past time to migrate or upgrade. Unfortunately, tens of millions of users around the world are still clinging to these systems, because the legacy software running on them simply isn’t compatible with more modern operating systems.

The danger, though, is that sans security patches, these systems are growing increasingly vulnerable to hacking attacks as time passes. New security flaws and exploits are being discovered all the time, and they’re not getting patched, making these old systems little more than ticking time bombs on your company’s network.

All that to say, if you’re still struggling to upgrade your legacy systems so you can finally move away from Windows Vista and XP, it’s more important than ever. No matter how important those legacy systems are to your company, the hard truth is that the longer those old systems remain connected to your network, the more danger your company is in. It’s not a question of if a hacker will exploit that system, it’s a matter of when.

The clock is ticking.