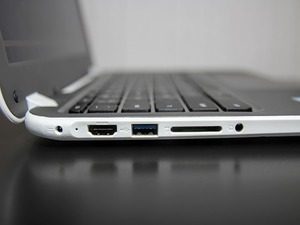 Chromebooks have brought Android apps to a much wider market, making them accessible to virtually everyone, but the Chrome OS has always lagged behind other platforms developmentally.

One of its most serious limitations where running apps was concerned centered on its inability to multitask. Basically, if the app you’re using is not “in focus” or in the window you’re currently viewing, all activity in the app ceases.

There are a few exceptions such as the Spotify app, but most apps that rely on real time data and most games will freeze when a user clicks out of the window. If you’re coming to Chromebook from almost any other platform, it can be annoying and hard to get used to.

Fortunately, you won’t have to deal with this for much longer. Google recently announced the release of Chrome OS 64, which will, among other things, allow apps to continue running in the background, even when you’re not using them in the active window.

Right now, the update is available on the company’s Beta channel, so it’s a fair bet that it will be rolled out to the general user base in the very near future. However, the company has not given a firm timeframe for that.

If you have a Chromebook, this is good news indeed as it corrects what many industry insiders have long seen as a glaring weakness of the platform.

While Chromebooks don’t get much use at the Enterprise level, they are a cost-effective computing option for students and low-income people, and it’s good to see Google spending time and resources improving them.

While the latest version offers a number of enhancements, the two biggest are the multitasking support mentioned above, and the “split view” feature which will further enhance the multitasking capabilities of the platform.