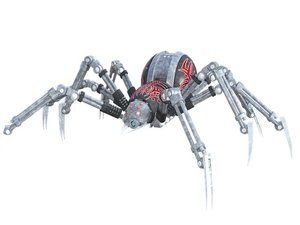 The ThreatMetrix Cybercrime Report 2017 is out, and is a troubling read for anyone who has anything to do with data security.  As a fraud prevention company protecting nearly a billion and a half users around the world, they’re uniquely positioned to know, and their insights on the threat landscape is invaluable.

Their main finding is that hackers, scammers and fraudsters are moving away from using stolen debit and credit cards, given that these things have such a short shelf life.  On the face of it, that sounds like it might be a good thing, until you understand what they’re doing instead.

They’re making use of stolen identity data to create bogus accounts, then applying for lines of credit on their own.  Even worse, they’re taking full advantage of automation to speed the process along.  According to the report, the volume of global fraud attacks is up a mind blowing 100 percent in just two years, with 700 million incidents reported in 2017 alone.

Bots are coming to play an increasingly important role in the activity of the fraudsters, too.  Once a new, fraudulent account has been created, it’s handed off to a bot to test it and make sure it’s valid, which increases its value on the Dark Web.

How big of a problem are bots on the web these days?

According to the report, ThreatMetrix blocked 1.5 billion bot attacks last year, with some retailers reporting that more than 90% of their daily traffic is comprised of bots.

At the root, what’s driving this behavior are the increasingly common, large-scale data breaches that put  up to hundreds of millions of data records into the hands of fraudsters.  Until and unless the flow of data can be stopped, we can expect this type of activity to continue to increase.

No matter how you slice it, 2018 is going to be a very interesting and very busy year.